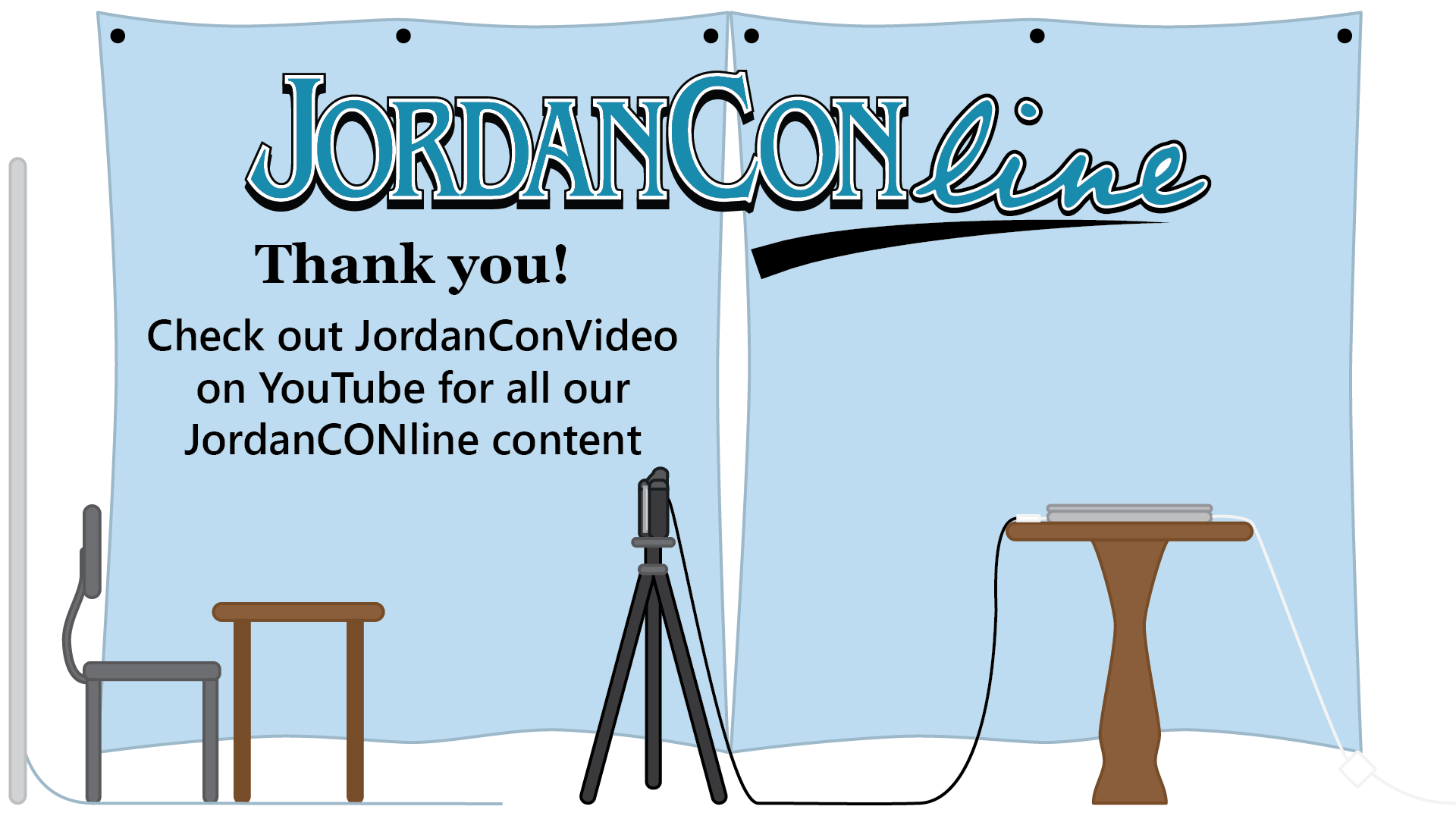 COVID-19 changed the world’s plans in 2020, as it took away some of our favorite events in our favorite places. Thankfully, JordanCon is not a place; it’s a people.

JordanCONline attendees took social media by storm with cosplay photos, discussions, and shout-outs to favorite authors, artists, and vendors. Thanks to online technology, the JordanCon family was able to learn, share, laugh, and, most importantly, CONNECT for three days during an otherwise isolating time for all.

Head over to our YouTube channel and take a look at some of the fun we were able to have!

Visit the JordanCONline Playlist on YouTube or visit individual panels below. 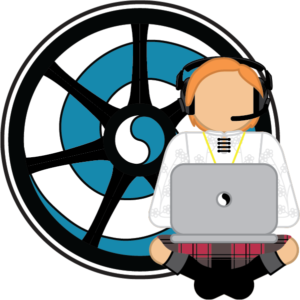 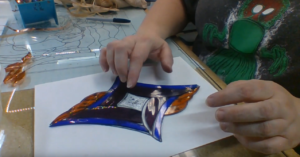 Longtime JordanCon favorite and Master Stained Glass Artisan Leia Powell whips up a treat especially for JordanCONline – and lucky us! Her workshops fill up almost immediately at JordanCon IRL! 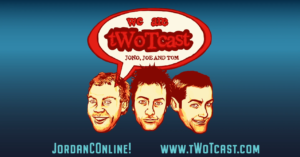 Jono, Joe, and Tom bring their…distinctive…brand of humor back to JordanCon for this JordanCONline special edition! Join the boys for insight and irreverence as they welcome special guest Alan Romanczuk of Team Jordan.

If you’ve ever seen WoT-related images on the interwebz, then you’ve likely been treated to art by past-licensed Wheel of Time artist Ariel Burgess. Here, Ariel creates a beautiful piece of digital art for JordanCONline while answering fan questions!

It’s Paul, y’all! Artists and…ahem, non-artists alike got together to “Drawful Something Awful” with Paul Bielaczyc and friends!

Authors Faith Hunter and David B. Coe talk about their writing processes, discussing a wide variety of tools and methods they use when starting a project – and some of the lessons they’ve learned during their long careers. Co-Moderators: Richard Fife and Robby Hilliard

Ever been Zoom bombed by the showrunner of your favorite book series adaptation? Our panelists have! Rafe Judkins dropped in on Jennifer Liang, Shannan Lieb, Matt Hatch, Adam Whitehead, and Daniel Greene, treating us to insights, new nuggets of knowledge, and stories from the set!

Watch as our celebs Matt Lyons, Jenn Lyons, Judy Black, and Gerald L. Coleman (all JordanCon guest author alums!) take on the WoT universe as characters from their own books. This charity event raised hundreds for the Mayo Clinic as viewers donated magical items—during LIVE PLAY!—that affected each character’s journey.

FTL or not to FTL

A discussion of popular sci-fi tropes and how they can shape a story by merely including or excluding them. Featuring panelists A.K. DuBoff, Alex Hughes, Nicole Kurtz, Diana Pho and moderated by Richard Fife.

Workshop! Intro to using a lucet (a tool dating back to early Viking and Medieval times) to create a beginning cord. Features how to start the cord, how to make it, and how to finish it off.

A fun and thoughtful discussion featuring moderator Daniel Greene and panelists Thom DeSimone of The WoT Community Show, Matt Hatch of The Dusty Wheel, and Jess and Jenn of the White Tower Podcast. 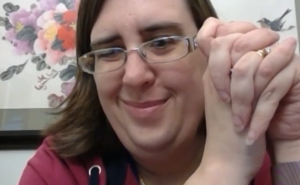