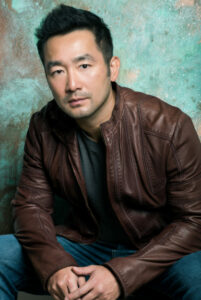 Wesley Chu is a #1 New York Times bestselling author of twelve published novels, including the Tao, Io, and Time Salvager series. He was the 2015 winner of the Astounding Award for Best New Writer. His debut, The Lives of Tao, won the American Library Association’s Alex Award, and was a finalist for the Goodreads Choice Awards for Best Science Fiction. He is the coauthor of the Eldest Curses series with Cassandra Clare. Robert Kirkman tapped Chu to write The Walking Dead: Typhoon, the first Walking Dead novel set in Asia.

Chu is an accomplished martial artist and a former member of the Screen Actors Guild. He has acted in film and television, and has worked as a model and stuntman, and recently returned from summiting Kilimanjaro. He currently resides in Los Angeles with his wife, Paula, and two boys, Hunter and River.

Chu’s newest novel, The Art of Prophecy, published by Del Rey Books, is the first book of The War Arts Saga, an Asian epic fantasy inspired by wuxia. The series is currently in development at Sony Pictures Entertainment.

This is the Chu’s first appearance as the JordanCon Author Guest of Honor. 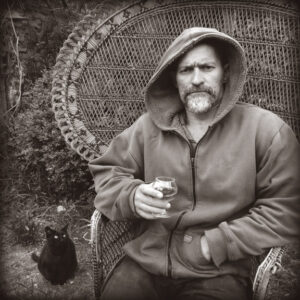 Other genres he has worked in include the gaming market, creating card art and illustrations for several prominent gaming companies, and he was also among the talented artists who contributed concept art and created the look for the motion picture “The Lion, the Witch, and the Wardrobe.”

In 2017 he self-published a personal project, an illustrated art book that explores the 19th century narrative poem “Goblin Market” written by Christina Rossetti. Currently, while being kept busy creating new card art for the Magic: the Gathering folks, Omar’s attention has also been leaning more towards creating paintings of whim and fantasy made to indulge his own personal tastes and humors, doing work for private art collectors and galleries. He enjoys looking to the past for inspiration and guidance from the great oil painters of the Northern Renaissance and the Romantic and Symbolist painters of the 19th century.

This is Rayyan’s first appearance as the JordanCon Artist Guest of Honor.