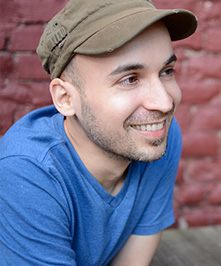 He has worked for clients such as Disney, Universal Studios, Activision, Boeing Aircraft, Scholastic Books, The Greenwich Workshop, Penguin Books, Random House, UpperDeck, Hasbro, DC Comics, and many, many more.

Dan has been the recipient of many awards. He is a ‘Rhodes Family Scholarship’ winner, a five time ‘Hugo Award’ Nominee for Best Artist, and has received both Gold and Silver Medals from ‘Spectrum: The Best in Contemporary Fantastic Art’. His illustrations have graced the #1 spot on the New York Times Best Seller list numerous times and his covers are seen in bookstores in dozens of countries around the world.

Simply put, Dan dos Santos is one the most recognized artists in his field. With hundreds of book covers to his credit, his vision has helped shape what the Fantasy market is today. 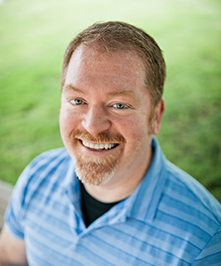 Brent Weeks was born and raised in Montana. He wrote on bar napkins and lesson plans before landing his dream job years and thousands of pages later. Brent lives in Oregon with his wife, Kristi, and their daughters. Find out more about the author at www.brentweeks.com or on twitter @brentweeks.

Brent is pretty bad – okay, he’s flat out awful at replying to emails, probably because he spends 45 minutes on each one, and after answering three or four of the 700 in his inbox, he plugs his ears and bangs his head on the table and starts going na-na-na-na and visualizing a hamster on a jet-powered hamster wheel. But he does read all of his emails (the good ones, he’ll read two or three times, the little narcissist), and really enjoys hearing from you and does reply sometimes, so yes, Lloyd, I’m saying you have a chance.