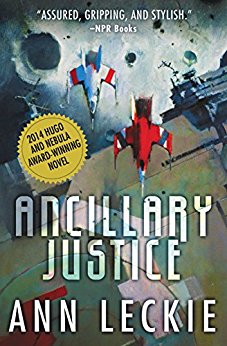 In this episode we talk about Chapters 3 & 4. 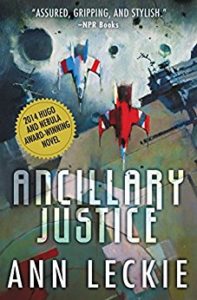 Lots of information put forth in these two chapters. They are not info dumps, not exactly and the information itself seems important. We are learning more about why Breq has come to the wold Nilt and more about both her own past and that of Seivarden. The delivery of this information cuts back and forth quite a bit and I found myself looking back (and listening back) to make sure I knew which character was which. The ancillaries, which I think I can safely say are dead people or nearly dead people made part of a single entity, an AI, also make things a bit confusing at times.  However, confusions aside the story itself is interesting and I am enjoying Breq’s point of view. I also am a fan of deliberate pacing and the pacing in Ancillary Justice continues to be very deliberate.

A final overall thought. The Radch language seems to lack certain basic concepts, which are too convenient to be coincidence. It will be interesting to see if this is addressed.

In chapter 3 the focus is mostly on Breq and Seivarden trying to find someone. We learn that this doctor (Strigan) is a collector and was assigned to the station of Dras Annia before up and leaving. Breq is pursuing Strigan for some reason that has yet to be revealed. During this pursuit, Breq runs afoul of the locals yet again and this time we see how ruthless and efficient an ancillary can be. Breq dispatches the flyer merchant and her three companions with relative ease and then takes their flyer. We have yet to see if that will cause issues down the line.  Eventually Breq and Seivarden come to Strigan’s cabin but find that Strigan has fled ahead of Breq.

Chapter four reveals more about the Radch and its brutal uses of force. This is mostly a flashback chapter, telling the story of Breq in her earlier life as an ancillary. We learn something about the religious beliefs of the Radch, who are polytheists, and the relationship between two groups of people on Shis’urna. The Tanmind and Orsinians have an uneasy (at best) relationship. There appears to be a great deal of resentment by both groups and Lt. Awn seems to favor the Orsinians, the lower class. An interesting tension is developing, with the being that will be Breq just watching dispassionately.

In this week’s blog we see the end of SF Horror month and take a look into our scanners for what is coming in November. 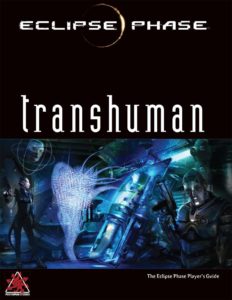 The Game is the Thing

Gaming is a relatively new medium for delivering SF Horror content. Well if you consider thirty+ years or so to be “new”. More than a few table top and video games combine science fiction and horror in their story lines. The table top rpg Eclipse Phase is a more recent example, but one of the best known is Chaosium’s Call of Cthulhu. Call of Cthulhu taps into the cosmic horror of HP Lovecraft.

Video games can deliver a great horror experience. One of my favorites was System Shock 2. You should play it with the lights off and your headphones on. That is the best way to get the experience. Another personal favorite is Dead Space, which had a few animated films and a couple sequels.  These few games are just the tip of the iceberg when it comes to SF Horror games. 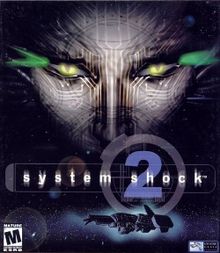 One hundred years what can arguably said was the most destructive war in human history ended. Even today the human race is still feeling the effects of The Great War, also known as World War One. War and the effects of war on soldiers and civilians has spawned a great deal of sf literature and entertainment. We will talk about Military SF in November, from many different points of view and with an eye towards treating the subject with the sensitivity it requires. 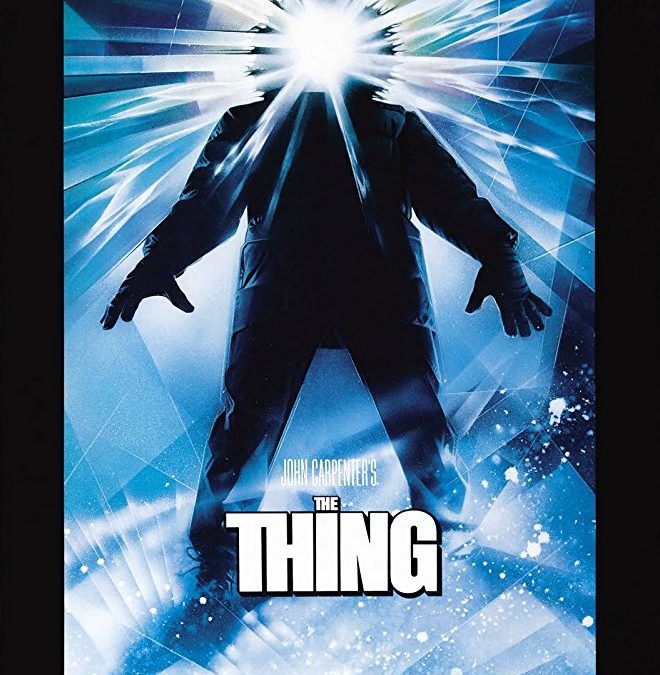 In this week’s blog we talk about SF Horror characters and the importance of characters in general. Plus the regular Track News for this week. As always, this blog is scary good. 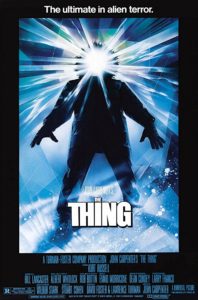 The Characters in Our Nightmares

More than plot or location, the characters in SF Horror are what entices us to watch, read, or listen to these remarkable tales. In many cases these characters are paired up with a memorable protagonist (or antagonist) to create dynamic tension. Ripley and the Xenomorph from Alien as well as Ripley with the Alien Queen in Aliens. The monster and Victor Frankenstein from Frankenstein. These are great examples of character pairs (more on that in a moment). MacReady and Childs from John Carpetner’s The Thing are an interesting pair as well. Especially if you think one (or both) have “changed” by the last scene of the movie (spoilers). Dr. Jekyll and Mr. Hyde are another pair caught up in their own strange case. In particular they blur the line between protagonist and antagonist and force us to question who is the real monster. 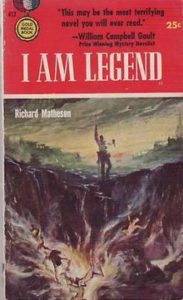 Who Is the Monster?

In 1954 Richard Matheson’s novel I am Legend was published. (Minor spoilers ahead.) You may have seen the Will Smith version, or the Charleton Heston version called The Omega Man, or Vincent Price’s The Last Man on Earth. But none of them quite capture the conundrum of Robert Neville, a survivor of a disease that turns people into vampires. Slowly over the novel the protagonist comes to realize that he is no longer a human fighting off waves of the undead, but in fact has become a legend or a monster himself. In the same our SF Horror literature and movies reflect the darkest part of ourselves and our dalliance with technology. 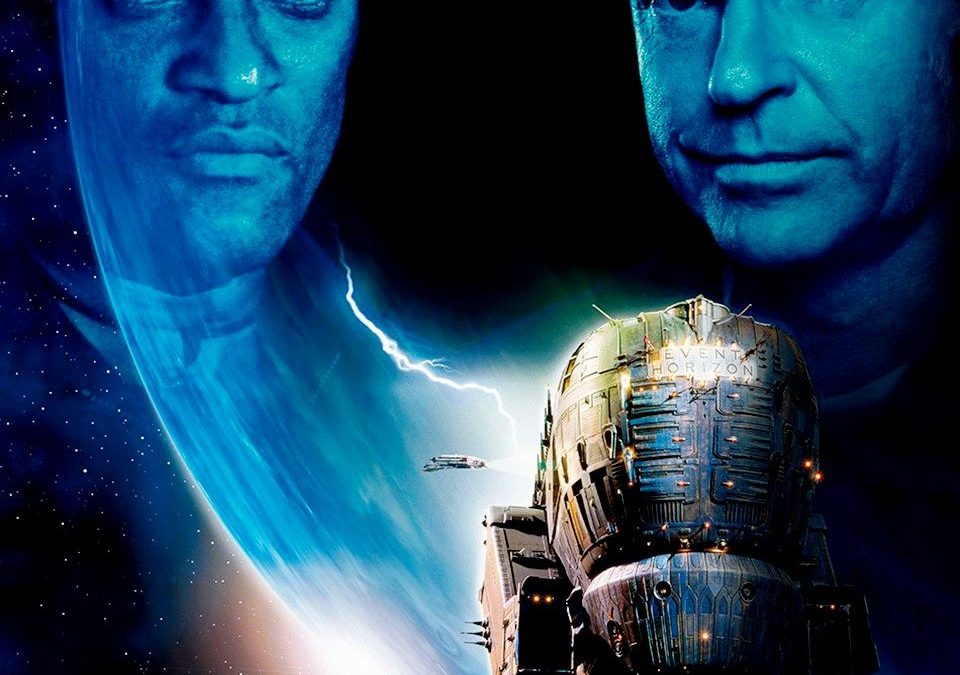 Where we talk about SF Horror Tropes and give our impressions of Ancillary Justice Chapters 1 and 2. 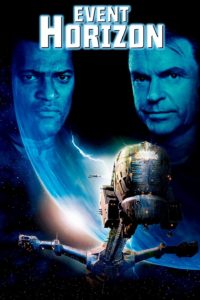 Everyone loves tropes, don’t they? Okay, perhaps everyone is a bit of an exaggeration. Tropes are fun touchstones that when done well add a familiar dimension and zeitgeist to a show, film, or literature. They set up expectations for the audience and then (hopefully) deliver on those expectations or better yet subvert those expectations. But tropes can get played out and when not used in subtle or inventive ways, they just seem like lazy writing. I suspect this is why the word trope often comes with a negative connotation.

I have a number of tropes that I enjoy and a few I don’t.  This list from TV Tropes is pretty good if you are having a hard time thinking of some.

Mad Scientist: Yeah this is the first one that came to mind. Victor Frankenstein creates a literal monster, though it turns out that the scientist himself is actually the real monster.  Another great example is the Invisible Man, Dr. Griffin.

Came from the Sky: This encompasses much of the fear we spoke about in our last blog. Humans are both fascinated and terrified of what might lay beyond our atmosphere. A few well known pieces that fit here are War of the Worlds, Who Goes There and The Thing, and of course Predator. Although the last is really only SF because alien, it still counts.

Body Horror: Twisting the human body and changing it into something else entirely is another horrific idea that keeps folks awake at night. Again The Thing is a great example but another is The Fly.  Leviathan could be dropped in here too.

Hyperspace is a Scary Place: One of my favorite SF horror movies fits this trope quite well. Event Horizon is a cult classic, loved by some and reviled by others but the titular ship literally goes to Hell on its maiden voyage and brings something back with it. Great stuff.

Do you have a favorite SF Horror trope? Check out our poll in the JordanCon group later this week.

I am enjoying the story thus far, though through the first two chapters we are getting a great deal of information without context. I enjoy that kind of writing, but I can see where it might also be confusing.

The idea of a ship being conscious is not new to SF, but that is another aspect of the story I like. The flow of chapter two seems a bit off. And I am wondering if these are characters we will meet or hear about later. I hope there is some payoff as they seem like interesting characters.

What do others think? Any thoughts and impressions?

The next installment of the Ancillary Read Along will be on October 26th, discussing Chapters 3&4.

Science Fiction and horror have always been linked together. From the very beginning in Mary Shelley’s Frankenstein, or The Modern Prometheus to Jeff Vandermeer’s Annihilation,  the two genres mesh very well. Especially when science and the consequences of science can be so frightening to people. It is this fear that makes the literature of SF Horror so compelling to readers.

I have mentioned two books but there are (many) more that can be discussed. I will mention a few of my favorites.

War of the Worlds (H.G. Wells): This classic plays upon the fear of invasion by unknown and inscrutable beings. Humans were (and are) obsessed with the idea of life on Mars and that obsession often casts that life as hostile. It is a war story, a story of survival, and the end of the age, which is another fear people of that era shared.  If you ever doubt how scary this story can be, read of the accounts of the Orson Welles radio drama and the panic that it caused.

Who Goes There? (John Campbell): Locked in a research station with no chance of outside help and a shape shifting alien inside? I am sure that isn’t scary. Yet three movies have been made based on Campbell’s tale with the first two being something of cult classics. Definitely worth the read whether you enjoy the movies or not.

The Andromeda Strain (Michael Crichton): A secret government project goes awry, but not in gore and camp. Instead this is a race against time to find a way to neutralize an alien organism before it mutates and kills everyone on Earth.

All of these books and many others tap into fears that we already have, turning them against us and making those fears frighteningly real.  Some are primal fears and others social fears, turning every day discomfort into deadly menace. Reading these books allows us to experience those fears in a safe and exciting way. Of course not all SF is about horror, but there is no question that SF and Horror have long been good friends among the genres.

We had the impressions discussion last week. This week we talk about Chapters 1 & 2. As always that will be posted on Friday.