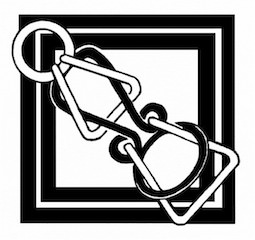 Daes Dae’mar—”The Great Game”, or “The Game of Houses”—is our annual team trivia competition. Bring your friends, or team up when you show up! The game will be full of spoilers, so stay away if you haven’t finished the books. The top three teams are awarded these medals to add to their swag bags:

You can also pick up your completed question cards when the game is done and distribute them as swag among your members. If one person on the team was responsible for answering a certain question, you can give them that card, or you can give the whole pack to your MVP. We leave it up to you. 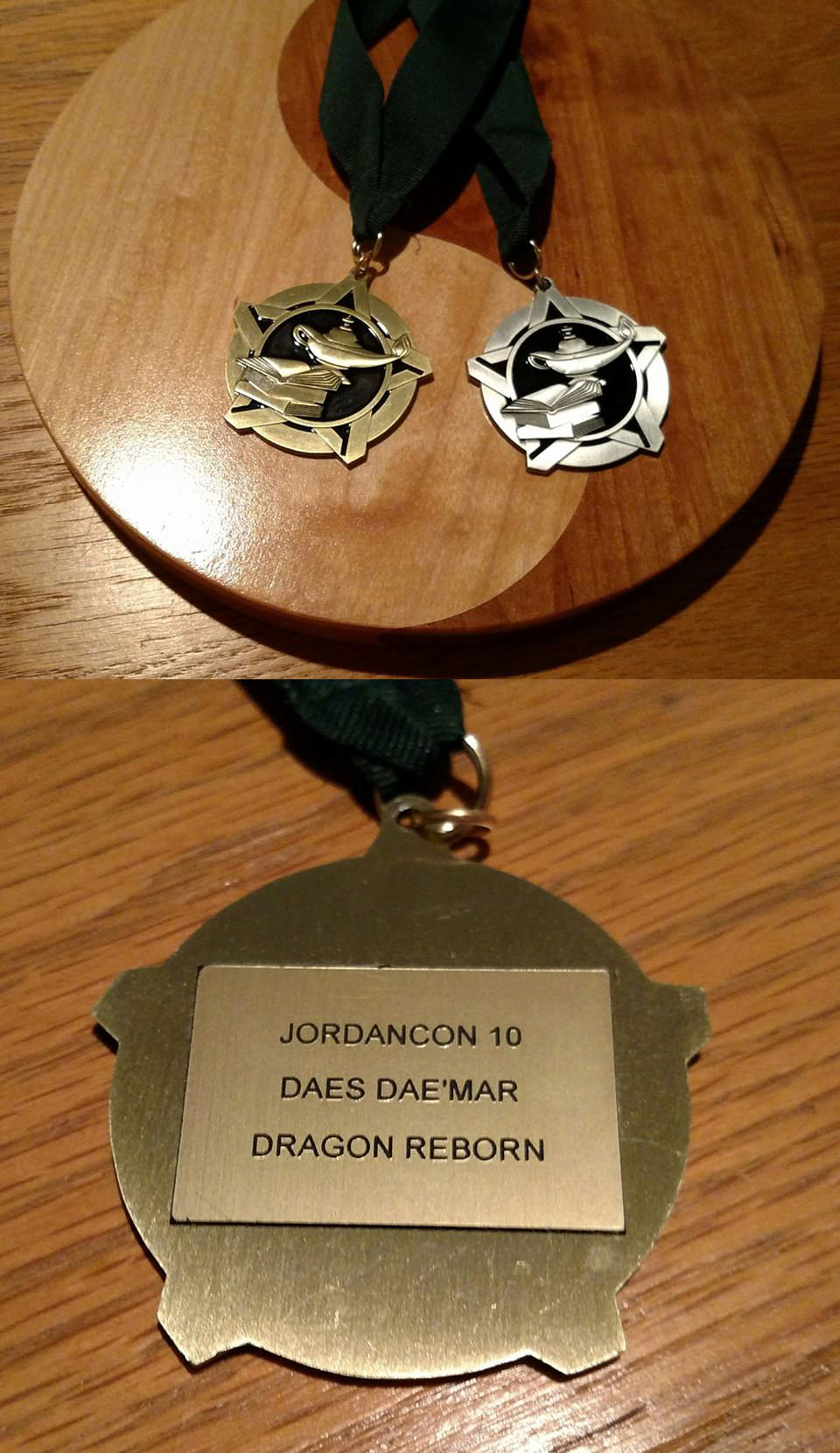 Please do not consult your electronic devices at any time during the game. We will tell you the correct answers when everyone has turned in their cards. If you are present as an observer, keep in mind that, due to the way teams circle up, we can’t always tell at a glance who is playing and who isn’t, so we ask you to please refrain from consulting devices during the game as well. Cheaters will be disqualified and perhaps barred from future participation in trivia games. 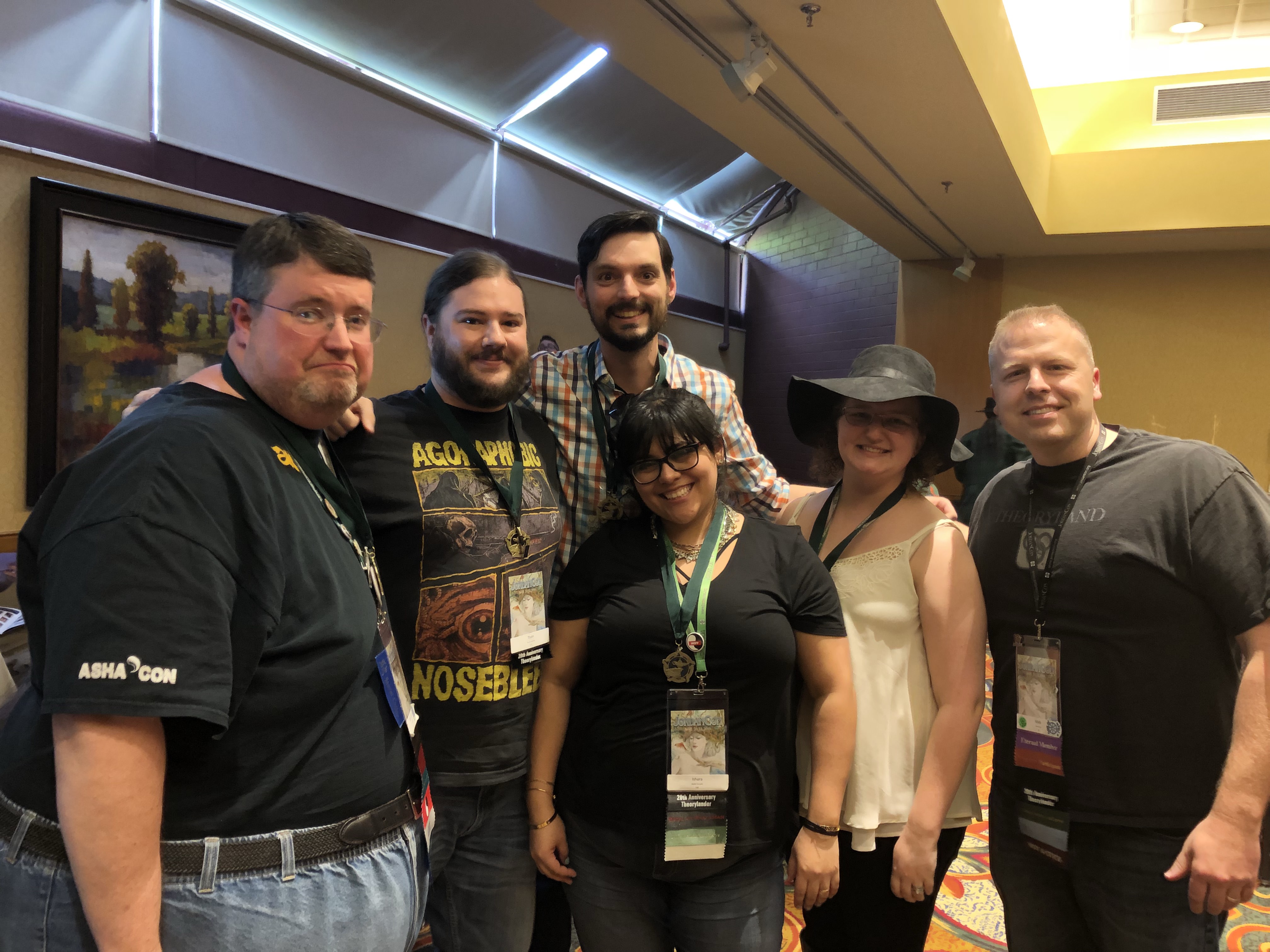 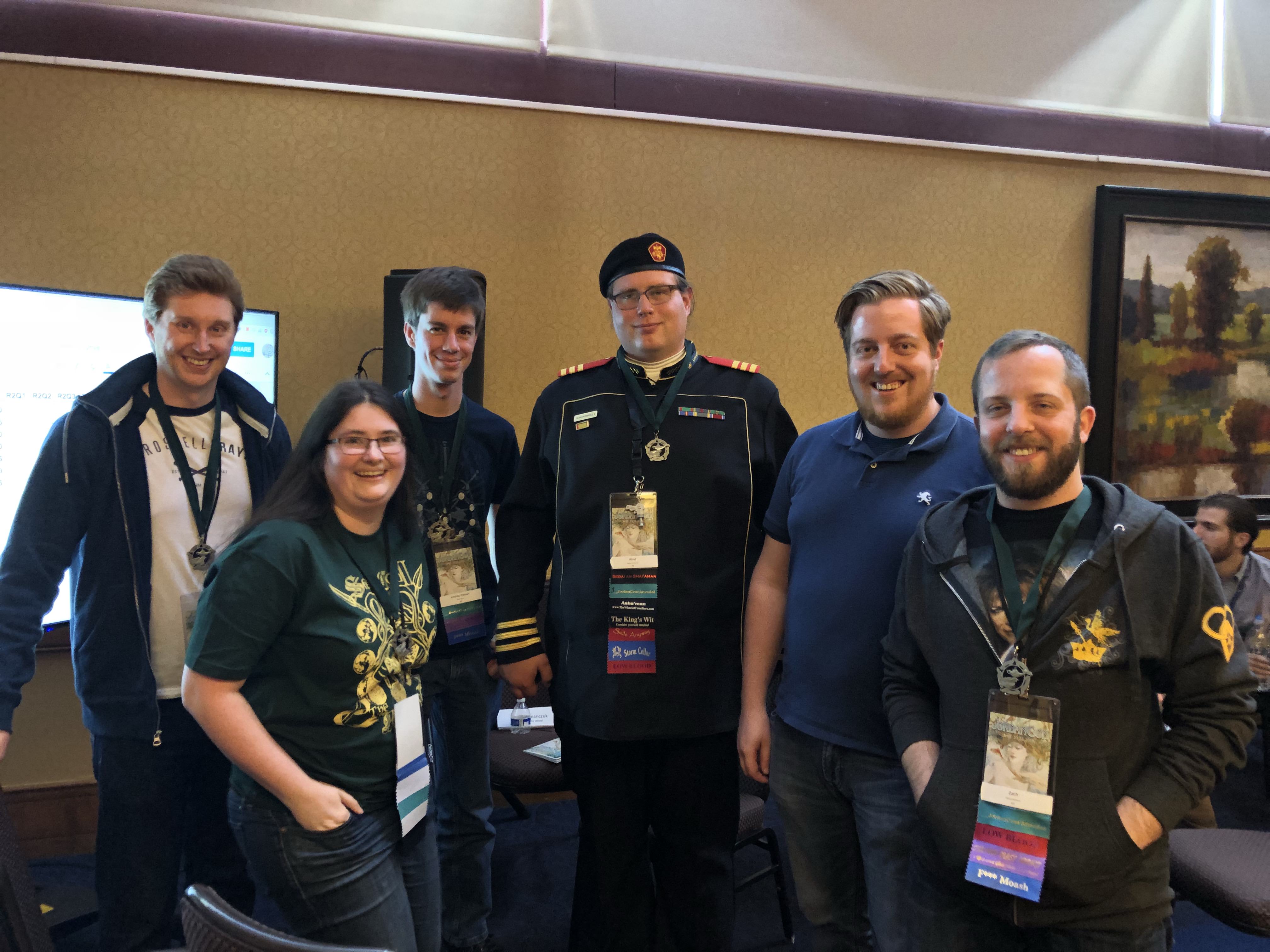 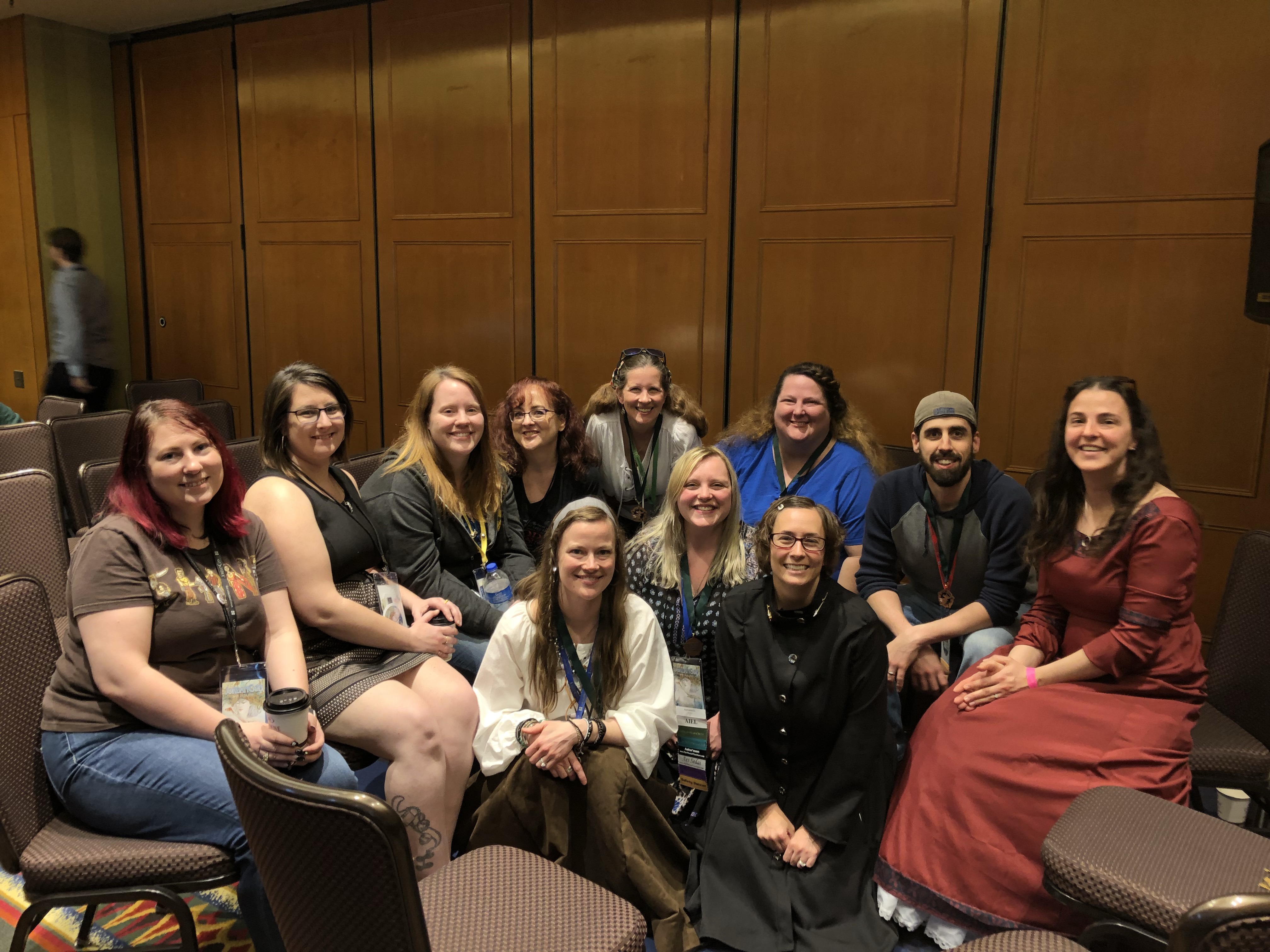 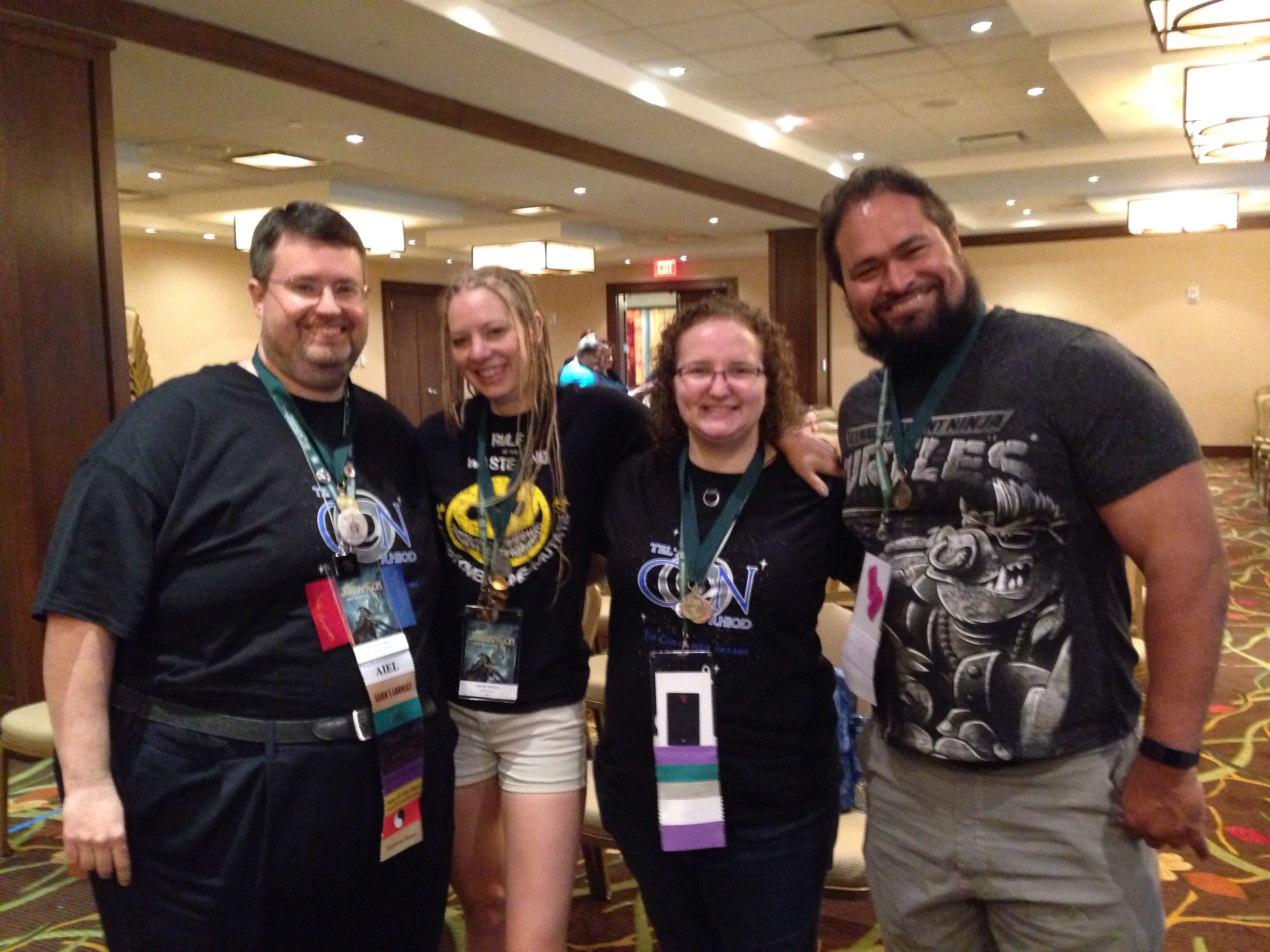 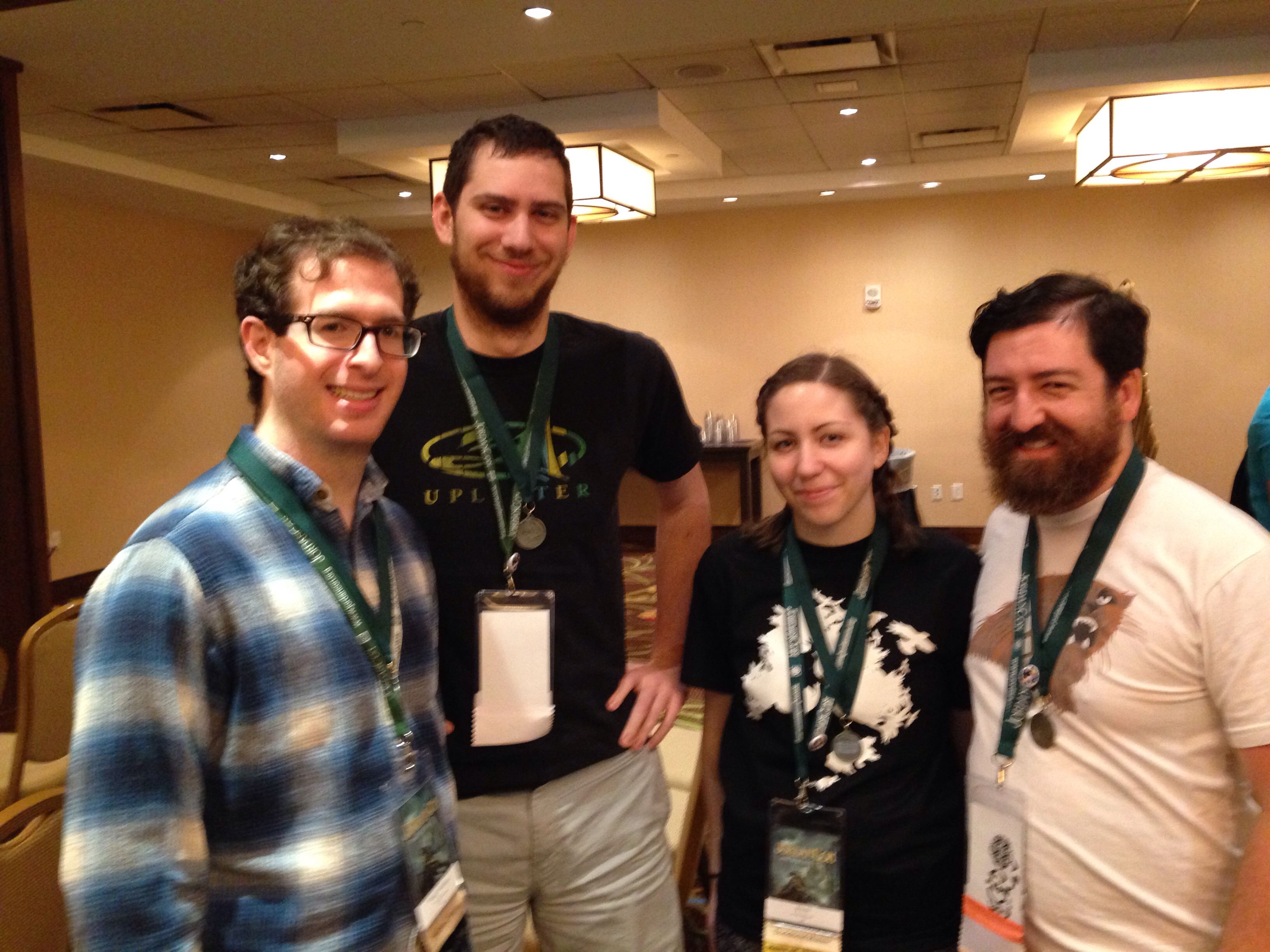 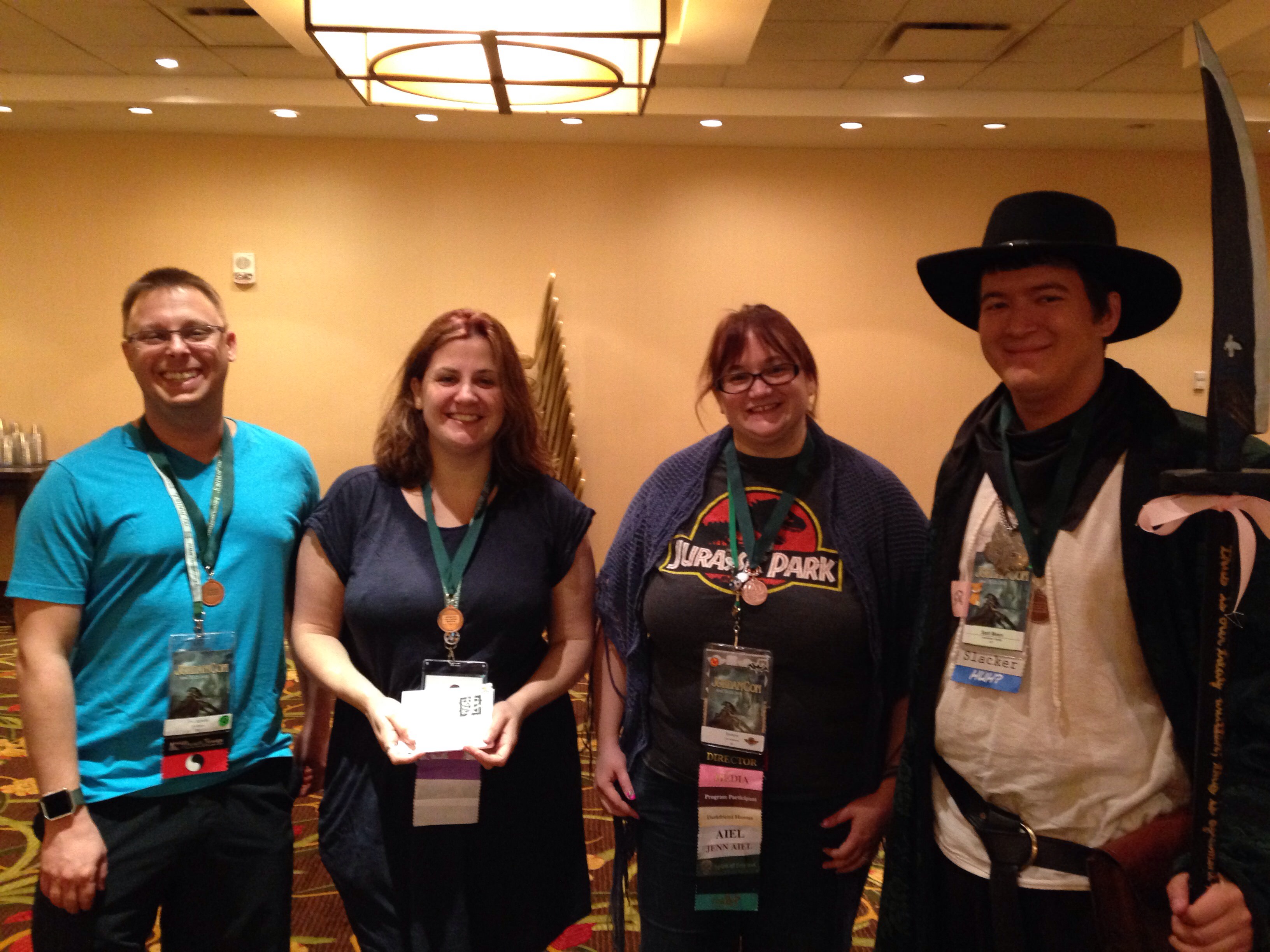 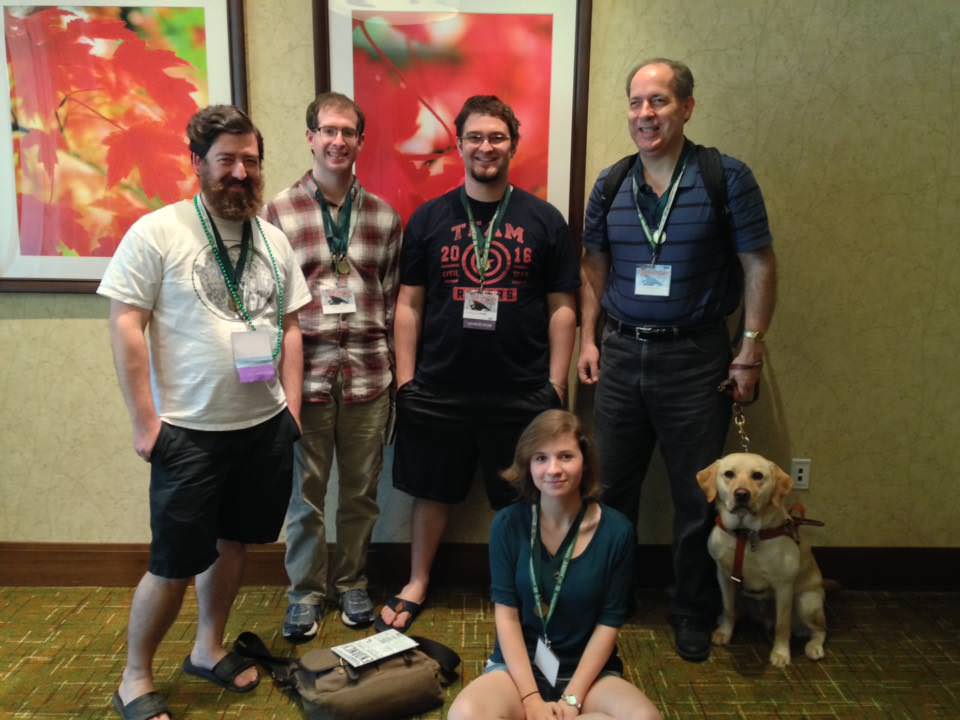 We don’t have any team photos for this year, but the winning team was called “Unstoppable” because Terez and Maria Simons were both on it. (Unfair, but we wanted to do it just once so please forgive us.) While digging around on Facebook for past trivia winners, we also determined that Ross Newberry, our Registration Director, was on the team. 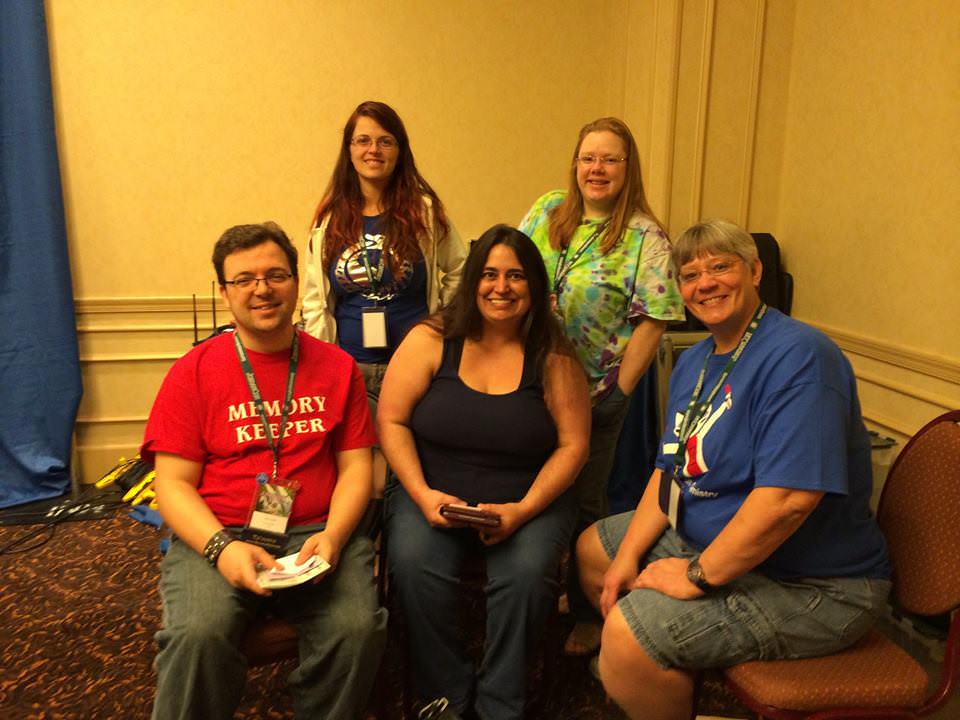 Theoryland came out in force this year. They had three trivia teams and we all tied for first place. The tie-breaker question was: “What is the word count of The Eye of the World?” The team with the closest answer was the winner. 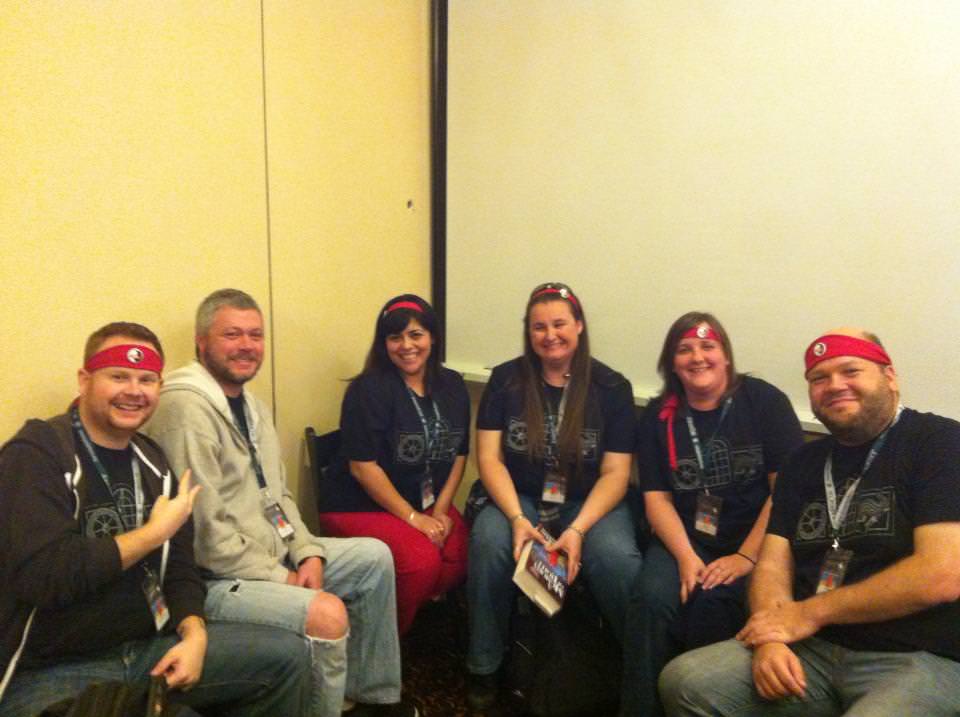 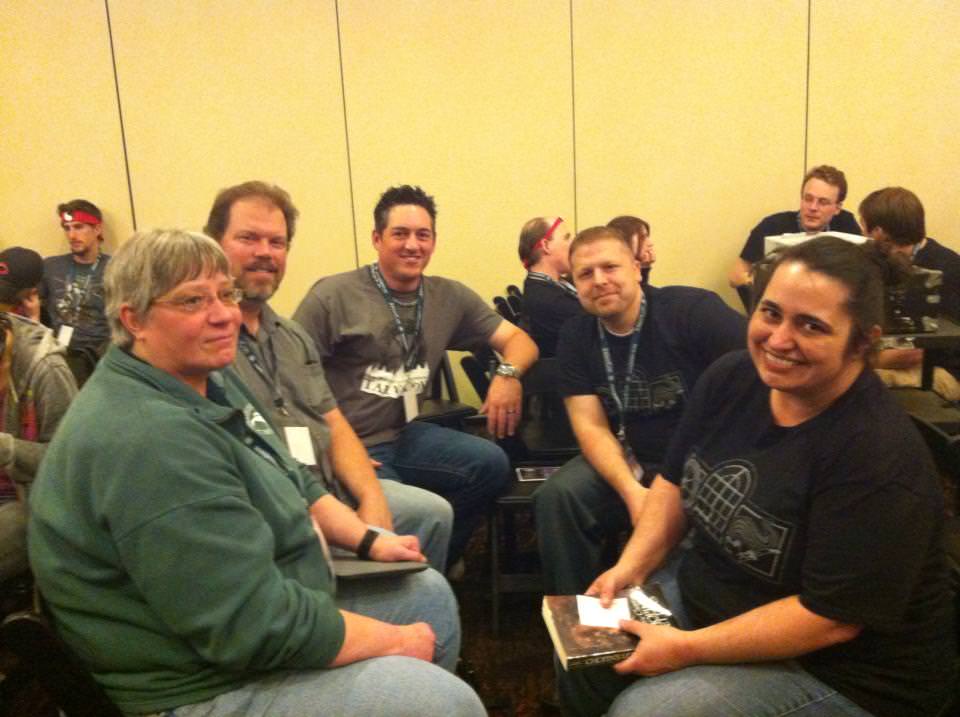 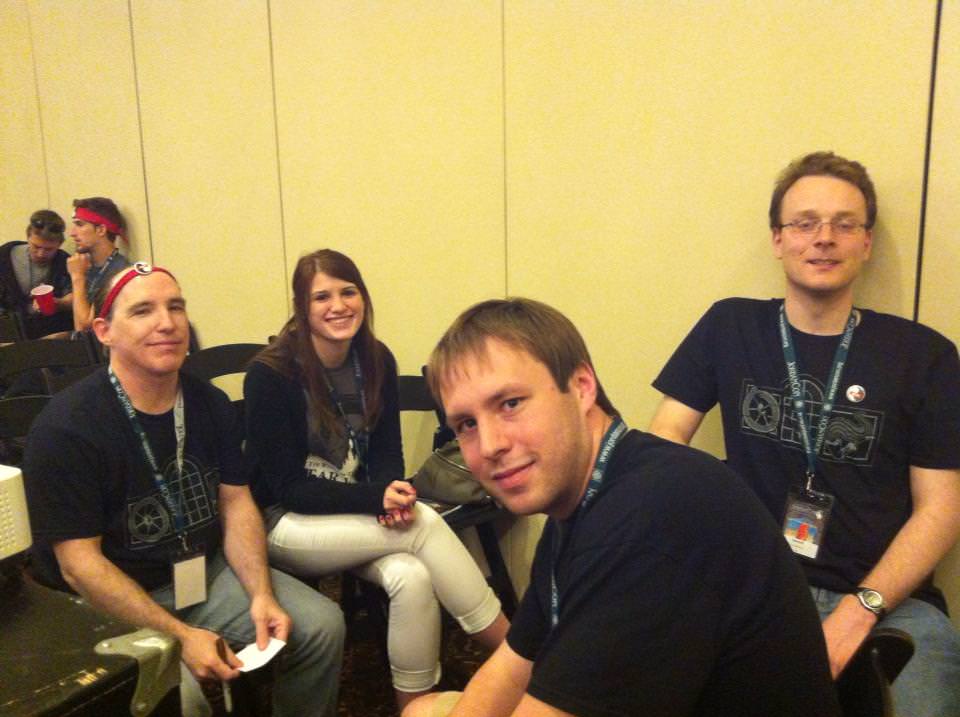 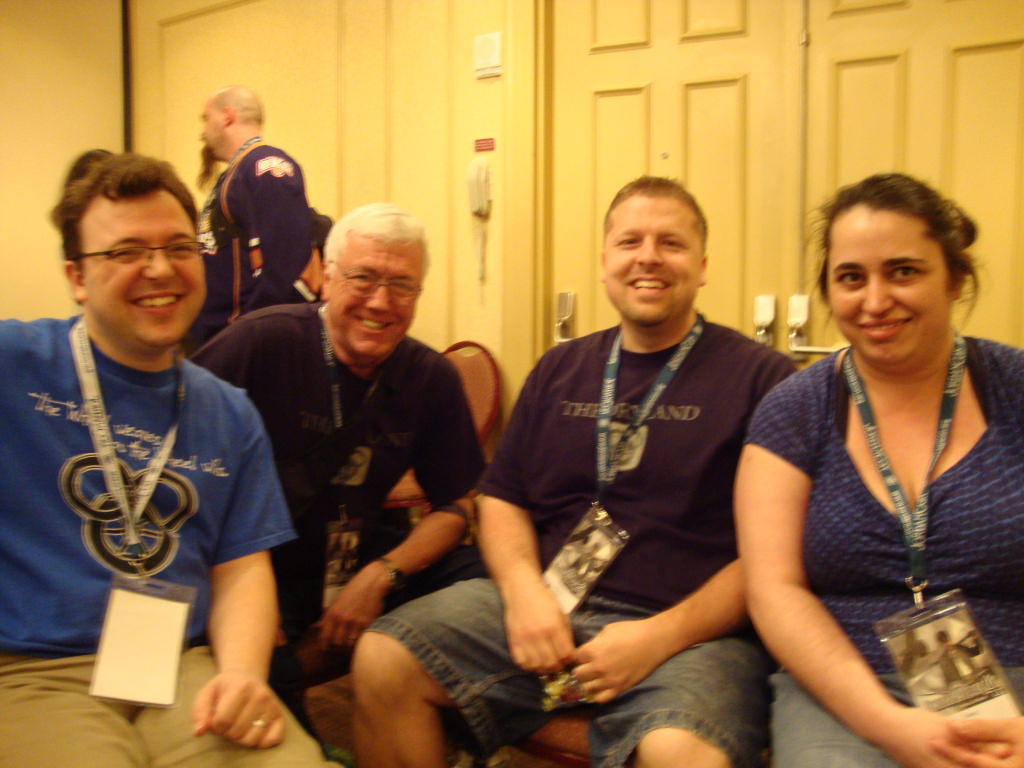 If you would like to be identified or unidentified in any of these pictures, email Terez at wheeloftime@jordancon.org.