Our beloved Wheel of Time has its own programming track at The World of the Wheel!

There are in depth discussions on what it meant to be a young adult reader reading Wheel of Time for the first time, whole panels dedicated to the holy grail of all Wheel of Time lore, Robert Jordan’s notes (hosted by people who have actually read them), and Trivia.

This track has also hosted many a Looney Theories panel, where we have discussed Alien Ogier, who killed Asmodean (it got pretty crazy), and whether or not the last Battle would have been fought via dueling bands. The loonier the theory, the better!

With the announcement of Amazon’s brand new television show, we introduced panels like Celebrity Dream Casting, how script writing could affect story, as well as an Amazon Chopping Block panel where fans discuss what can, should, and should never be cut!

Now that the first season of the show has been released, be on the lookout for even more show content! Do you have a favorite part?  Need someone to talk to about your burning theories of where they’re taking the story?  Are you in need of a place to vent about this separate turning of the wheel?  We have everything you need right here in the World of the Wheel.

World of the Wheel will be located in Oakwood A and B. 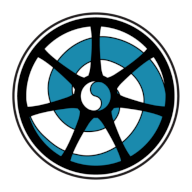 Install this JordanCon on your iPhone

and then Add to Home Screen