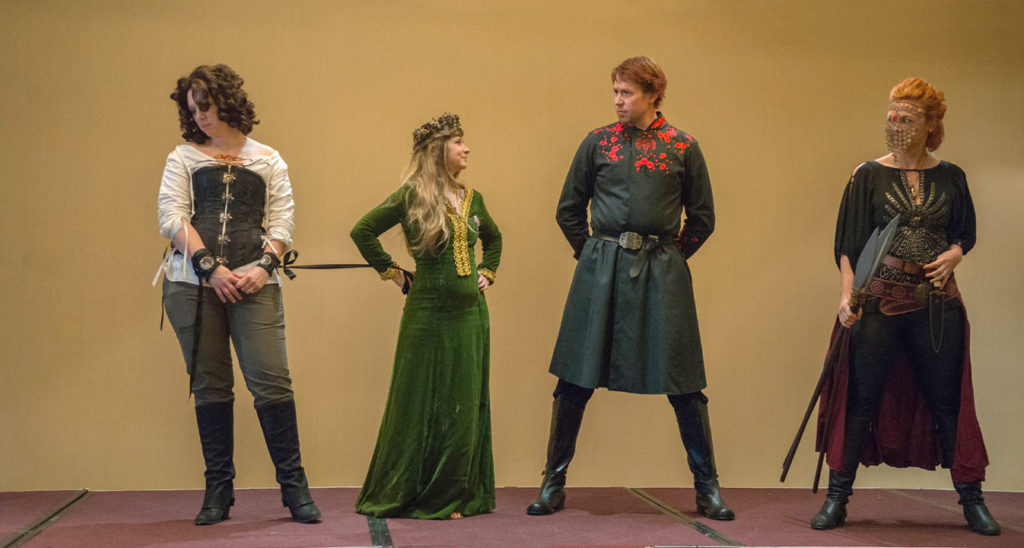 Master Class – Seth Lockhart, Kate Helmly, Stephen Helmly, and Steph Greear as four of the Heralds from Rhythm of War.

Novice Class – Liz Willoughby as the Bright and Fun Tinker.

Judge Deana – Ris Harp as Blackbeard from Our Flag Means Death.
Found Object – Taffy Bennington and tWOTCast as The Best Hedge Mat and Rand Slept Under.
Audience Choice – Mike Chrobak as The Dark One’s Taint on the One Power