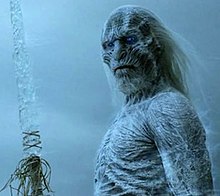 My first Weirdsday blog after JordanCon 2021 was meant to be a return to the greatness that is the Weirdsday blog. It was meant to celebrate JCon 2021 and 2020, since we have been offline a bit for a while. For the Sci Fi track, 2021 was an unmitigated success and it was fantastic on a personal level. I have nothing but good things to say. Well… Almost nothing but good things. Because this is not THAT post (which is coming next week). No, this is a post on a topic that, frankly, I am getting frustrated to have to keep talking about.

In person and in posts I have been hearing that sense of dread. That fear that JordanCon’s innocence is about to be lost. Why? The show is coming, much like an unwelcome, overlong winter, at least according to some. People are afraid it won’t be any good, but an even greater fear is that the new show-fans will show up in droves and submerge the good feelings and vibes of our precious JordanCon beneath waves of disingenuous fandom. We will lose our ‘family’ vibes and values. Which is an odd way to think about it, considering how welcoming we are, or are supposed to be. George R.R. Martin could not have made a better metaphor for this, and the name he gives those ice zombies is Others.

Fear of the Other is the root of a ton of bad human behavior. Some of you are standing on the wall, dreading the moment the Others show up, and it has the potential to create chaos. But who are you standing watch against?

Looks like it is story time, though some of you know this story already. My secret not-shame is that I have not read the series. I managed, by about 1995, to read the first three. Sort of, kind of. I did manage to muddled through New Spring, which I really like in fact. When I came to work at JordanCon, people made me feel welcome. No one judged me for my lack of reading, and I made a particular effort to integrate the WoT into the SF Track. Successfully, I think.

But another series, it’s not just one book folks, that I do love is DUNE. Guess what? I came to DUNE through the David Lynch movie. That’s right; I saw the movie before I read the books. Does anyone question my DUNE fandom? Is it less pure because I saw Blue Velvet in Space, first? Of course not; people cannot get me to shut up about DUNE. Many of you have not read DUNE and will see the new movies and become fans. And I promise you not once will I make a passive aggressive comment about your fandom. We will have a DUNE movie panel next year and, yes, I expect you new fans to show up.

Our Words Can Be Welcoming or Weapons

What I am saying is, when you talk about fake fans or show fans, you are talking about me. Absolutely I am going to watch the show and hope that it is great. The show will be my primary means of interacting with the material of The Wheel of Time, along with another attempt at reading and connecting to the series. To be blunt, I am one of the Others, and when I see those comments, even though they are not directed at me, I do feel them. My feelings are not hurt, one must possess feelings for them to be hurt, but I am keenly aware of my Other status.

And if I sometimes feel like an Other, you can bet the new folks will too if they see those comments.

I know it’s not easy. But how JordanCon will be remembered going forward depends on those who have been here all along and those, like me, who joined along the way. The innocence may be gone, but the heart can remain, whether its 500 people or 2000 people. The heart can grow, but it cannot grow without empathy and a broadening of our vision.

Next week, our recap.