Considering the Study of Dragons: A Book Review 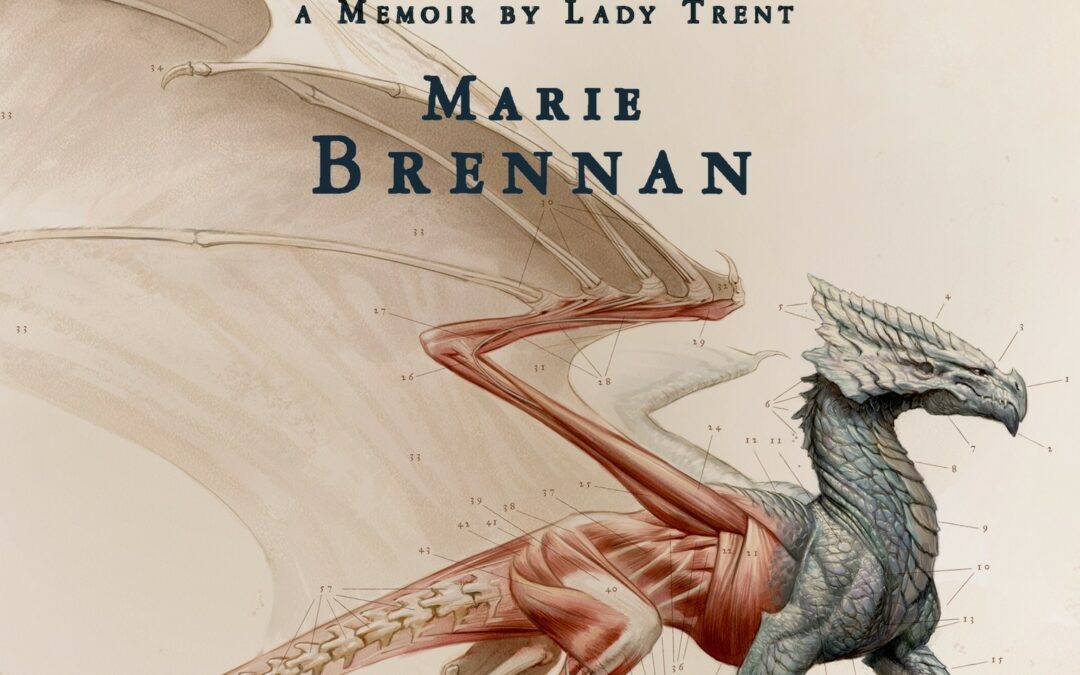 A Natural History of Dragons: A Memoir by Lady Trent

In July JordanCon is hosting Marie Brennan as the author Guest of Honor for 2021.  For those who are not familiar with her work, she’s currently best known as the author of the Memoirs of Lady Trent, a six book series with multiple short stories set in the world.  Brennan has written other novels and over sixty short stories.  Her newest novel, Driftwood, is a collection of short stories set within a frame story that came out in 2020. Her series The Onyx Court was released as audible books just this year. They mash historical events in London with faerie enchantment. Find out more about our next guest of honor by visiting her website.

In anticipation of her visit to JordanCon, I finally moved her books to the top of my “to read/listen” pile.  The good side of waiting so long is that I was able to rush through the whole Lady Trent series in less than two weeks. The downside is that I just meet Isabella, and it seems like her journey is finished for now. I don’t have more from this world to anticipate reading.  As of now.  No telling what might happen in the future with the Camhersts.

Before Brennan visits JordanCon in July, I hope to entice more of our family to become acquainted with her work. Over the next two months, I’ll be reviewing the first three Memoirs of Lady Trent books. Let us begin with A Natural History of Dragons, first published in 2013.

The Todd Lockwood cover showing an anatomical study of a walking dragon sets the tone the story delivers. The covers Lockwood created for the entire series are a feast for the eyes. I knew of the series for years due to the covers always catching my eye. A delightful surprise was the interior illustrations and maps. This is a story that cries for a map to anchor the reader. The maps help reader understand the world and the places of interest. 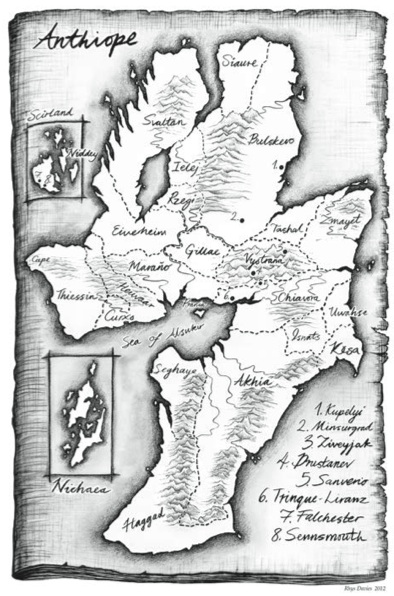 Before discussing the story, I must address the audiobook, which is how I first experienced Lady Trent’s voice. The wonderful Kate Reading does her best impression of the Dowager Countess of Grantham to convey the voice of Lady Trent. Reading’s performances are routinely delightful, but the upper crust edge she gives Isabella makes the character come alive in my mind. The audiobook takes a touch over 10 hours to complete.  With Reading’s voice the story flows smoothly until the book ends, leaving me, at least, going “No, I want more!” Thankfully, more is available in the remaining books of the series.

In the vein of most memoirs, the story is told from the point of view of Isabella, Lady Trent, addressing readers as she summarizes the highlights of her life and the major episodes that made her famous. The book doesn’t break the 4th wall, but she does instruct her readers to go find more information in publications available in their world that are not in ours. Book one covers her early life and her first major journey into becoming a dragon naturalist. The preface hints at many more adventures, which readers don’t understand fully until much later in the series. The tone and setting share many similarities with stories set in the English Regency era or a Jane Austen novel. The elder Lady Trent does not spare herself or her society in highlighting how foolish many aspects of her life were in retrospect. This book has action and drama but is not driven by action scenes. It is driven by Isabella’s love of discovery and research. Her passion for the subject is infectious and draws the readers in as all make discoveries together.

If you do not want any spoilers, stop reading this article now. Go pick up a copy of the story in your preferred format and location. Come back once you are done. 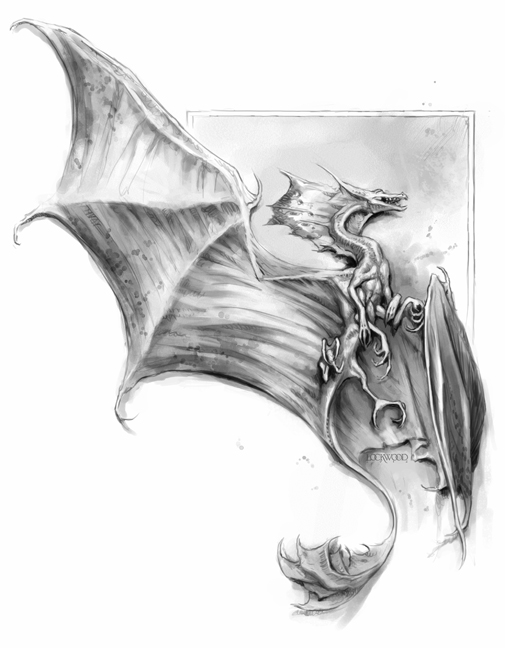 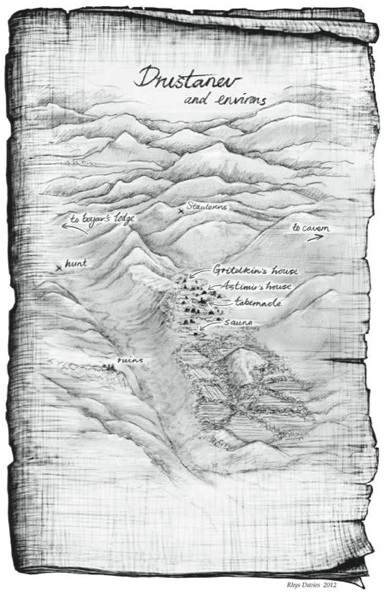 Now for a franker, spoiler-filled discussion of details from the book:

The worldbuilding – I commend Brennan’s choices in her worldbuilding. The world is mostly Earth, with the geography rearranged, new names, and of course a whole hierarchy of dragons in the animal kingdom. And dragon-like beings, but we only learn about sparklings and wolf-drakes for now. These changes allow western audiences, at least, to be more focused on the cool factor of the dragons, and less about the “well that’s different” when it comes to the world. Many things are familiar to readers, with some serial numbers filed off and some changes made. Lady Trent comes from Scirland, which is equivalent to England. The bulk of the story takes place in Vystranna, which is roughly similar to Imperial Russia. One of the major differences from many fantasy books is that both cultures follow a faith loosely based on Jewish traditions, though different branches of the faith, which creates some tension. There is classism and sexism in abundance—unconscious and conscious. The characters grow but are often not aware of their bias until their views are shoved into their faces.

One advantage of the memoir style of storytelling is the ability to time skip and for self-reflection.  Brennan uses these strengths to her advantage by allowing Isabella to focus on the narrative of her story. She hints at other matters, but only shows the relevant situations.  Another strength is the way Brennan addresses depression in the story, it feels real. The coping mechanisms Isabella uses are highly relatable to me.

The story unfolds in four parts, with the first two being the most focused on Isabella’s early life and her interest in dragons, but almost no dragons actually appear. Part one is her childhood adventures and the trouble they cause, along with a Regency-style romance on fast-forward, early married life, and the study of sparklings. Readers meet Jacob Camherst, Thomas Wilker, and Maxwell Oscott, the Earl of Hilford. Each man is important for the narrative of the story, but each in distinctive ways.

Part two begins their expedition to Vystrana to study dragons. Communication difficulties and the lack of a local guide at first hamper the expedition. Readers learn more about Thomas Wilker, Lord Hilford’s assistant. Mr. Wilker is a man born to working-class parents from Niddey who Isabella looks down upon. Conflicts between him and Isabella generate tension in the small party, but they are small background irritation.  It’s hard to study dragons when you can’t find dragons to study. Culture clashes and conflicting priorities set the stage for the last third of the story. In part three, Isabella and the readers are finally able to study a Vystrani rock-wyrm in full detail (added by more interior art by Lockwood). Readers are also introduced to the ancient Draconean civilization, which once dominated the Anthiopen landmass. What seems like a side trip at first, sets off a chain of events that leads to the action-packed conclusion in part four.

While this may be a spoiler review, I don’t want to give away the ending. I’ll just say that tears were shed even while justice was served.