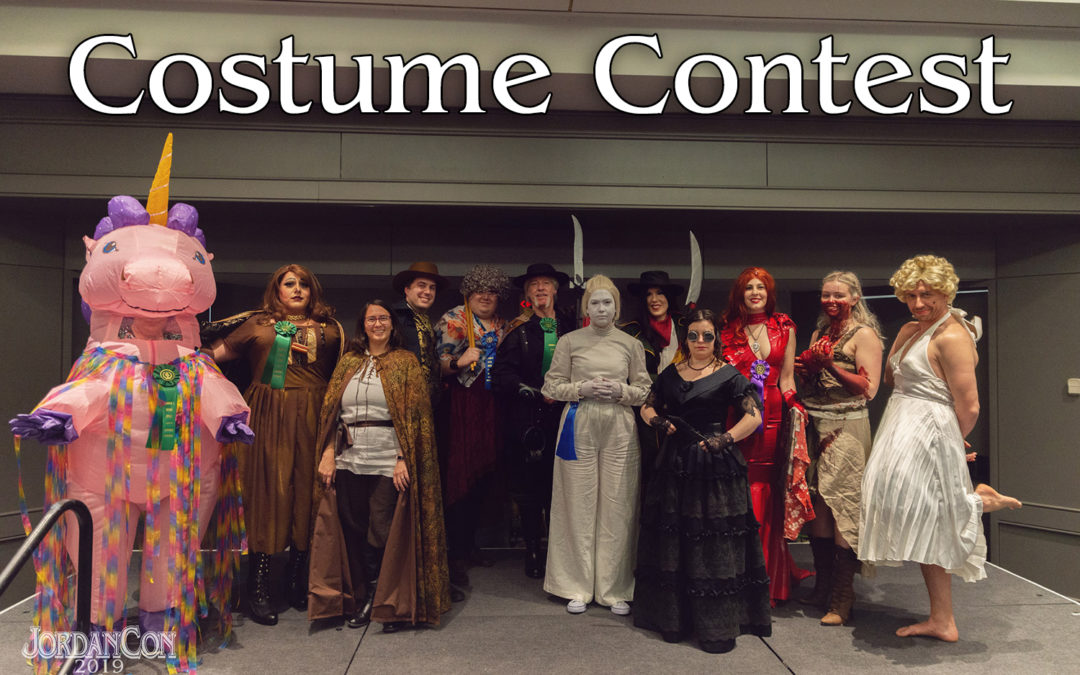 One of my favorite things about JordanCon is all the cosplay you see. And it is not just Wheel of Time cosplay. It is from all over the fantasy genre.

And trust me, cosplay does not go unappreciated at JordanCon, which is why we have an amazing costume contest every year.

The costume contest takes place on Saturday and is open to everyone (even kids). In this post, we are going to cover some basic information about the contest, but if you are considering entering you should review the full Costume Contest Rule Packet that can be found HERE. And for our veteran con-goers, even if you have participated in the costume contest in the past you should still check out the rules as some things have changed.

The first thing you need to decide is if you want to compete for Juried Awards or Judge’s Choice/Audience Choice.

Juried Awards: Juried Awards include Best in Show, Best in Class, and Best Workmanship. Each of these categories is divided into 3 classes:

There is mandatory pre-judging for the juried awards that take place at 4 pm on Saturday in the main program hall. Make sure you are on time for this.

How to Enter: You will need to register for the costume contest on Saturday Morning between 11 am and 1 pm at the registration desk. This is the same place you picked up your badge.

Awards: What is a contest without awards?! Kind of boring, that’s what. So, of course, our costume contest has awards. The following awards will be given at the end of the contest.

The costume contest is one of the highlights of the Con. I encourage anyone who plans on cosplaying to participate. And if you aren’t cosplaying, come out and support these amazingly talented individuals.