The Black Prism Read Along- Chapter 13 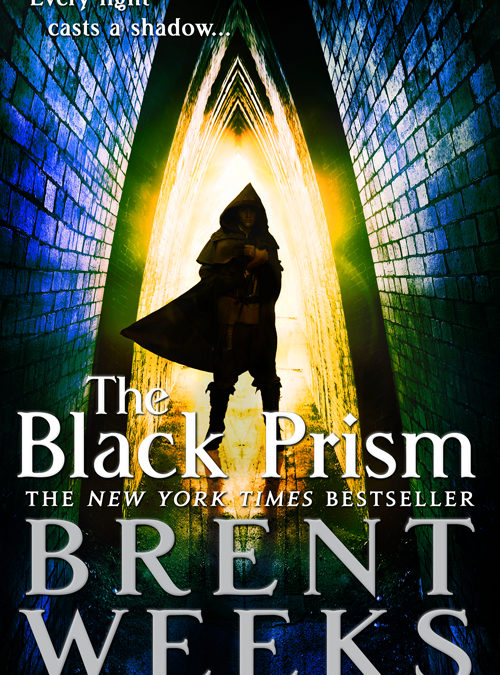 Gavin is escorting Karris to Tyrea in this chapter. Before I start discussing what happened, here, let me say that I am torn at whether or not I should like Gavin or not. Yeah, according to the back of the book and the amount of time dedicated to him, he’s the main character, but I’m a little back and forth about whether he’s actually a decent guy or not. Or, rather, I’m afraid to like him. Does that even make sense?

In this chapter, we get to see Gavin NOT being the Prism, which I think is stinking adorable. Maybe it’s the baby hormones? We get to see their relationship a bit better, see a bit of their history, and what really hit me about this chapter is seeing how Gavin really feels about Karris. Which makes me wonder why he broke it off with her to begin with.

So, my questions at the end of this chapter are:

Alright, let’s take a walk through this chapter and try to piece some answers together.

First, let’s look at the relationship between Karris and Gavin. Before this chapter starts, we know that they were betrothed but broke it off, and that they’re still on pretty good terms with each other. We know this because Karris plays pranks on him and he notices every move she makes when she’s in a room with him. He’s also VERY concerned about her reading that note from the White before he can get to her because he isn’t looking forward to her finding out about his son. This tells me that they both still care for each other, in one way or another. Are they just burying their feelings or have they actually changed?

Well, through their little adventure across the water, Gavin is continually trying to impress her. He’s drafting colors quickly and then modifies his scull (small luxin boat?) with his own adjustments to make it less taxing and more efficient. When she asks if she can try, he lets her and then goes a step further to share something he hasn’t perfected with her. He creates the condor so they can glide through the air and even admits that he’s not good at landing, yet. Instead of just doing what he’d promised he’d do, he’s spent this entire trip, albeit a short trip, trying to make her smile and laugh.

That’s not all, either. He relishes each laugh he gets, marvels at the smell of her hair and the sight of a single dimple in her cheek. He enjoys the feel of her pressed against his back and wishes she’d let herself relax enough to snuggle into him. Then, the feel of her hand squeezing a tempo into his so they can row at the same speed makes him remember the night they met. He admits that all it took was one dance to make him fall in love with her, even though he was under strict orders to be nice and that’s all. Based on the plan his father laid out and the fact that she was betrothed to Gavin and not Dazen (his brother has a name and it only took ten chapters to learn it!) as his father had arranged, tells me that he defied his father’s wishes in order to get her. Then he worries about her finding out about his son, because it meant he’d lied to her when he said there was no other woman when he broke up with her and that there hadn’t been while they were betrothed. The war, obviously, had happened after the betrothal, and his son had been sired after the battle in Tyrea.  He even mentions (to himself) that this was while they were betrothed. To be fair, when he’d received the letter about Kip, he hadn’t believed it because he didn’t remember sleeping with anyone after that battle. So, either Kip isn’t his or he was… drunk? Who knows? He seems to have accepted it at this point, either way.

Oh, and he knows she won’t forgive him when she finds out and he laments that, thinking he was going to miss her with a note of sadness.

So, why did he break it off with her? We still don’t know.

The second question… let’s talk about drafting two different colors for a moment. Given that polychromes are rare (he mentions fighting over them and that there are only two other people in the Chromeria who would be able to do what he did with the reeds), I’m going to assume that drafting multiple colors TOGETHER, not merely at the same time, is something that others probably know, but the people who can do it are a bit too important to waste time doing it on a personal water craft? Gavin is doing it, but then, the White fussed at him about his traveling without protection, so he probably has time where no one is watching to indulge in one of his seven feats.

So, his reeds, which he created out of Blue and Green luxin for strength and flexibility, with red here and there for pinpointed strength to keep them from shattering. Three colors drafted and the by-product used to create hollow oars that he could shoot magic through to propel the craft faster. It didn’t mention how the luxin was put together to make the reeds, though. I like to think I’m overthinking this and that it’s more simple than I’m giving it credit for. Occam’s razor and all leads me to want to just shrug it off. Either it’s easier than I’m making it out to be or I missed something. We know that’s not impossible (blue drafting a few chapters ago, remember?).

So, we’re left knowing it’s possible, but not how or why. We’re also left knowing that, even though Gavin’s done it, being only one of the three people in the Chromeria who would be capable of creating the reeds to begin with means they probably haven’t explored this use for them. After all, the others probably never leave the Chromeria and Gavin SHOULDN’T be leaving it.

Basically, NO ANSWERS. It’s ok, though, because we get a healthy serving of understanding the very human Prism who is very much still carrying a torch for his former betrothed.

Also wrapped up in this chapter is a few pieces of information that may have slipped through your attention.

No real cliffhangers for this chapter for a change. The next one is about Kip, so we’re not going to get any further with this storyline for a moment. It does make me wonder how Karris is going to respond when she gets to Tyrea and sees the town destroyed and the people murdered, though. Will she assume that the kid is dead and go home? Hmmm…