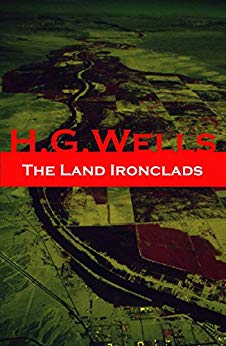 Welcome to the Weirdsday Blog! Officially November is our Military SF month and we’re talking a little about the history of Military SF and its influence on our culture and the genre. Some of you may already be fans and some of you are not, but I hope you find yourself seeking out some Military SF to give it a try. 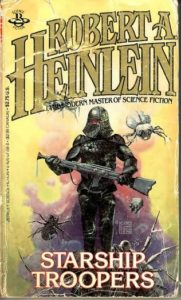 Military SF has been around almost as long as the sub-genre itself. A familiar name wrote some of the earliest works that hold some aspects of Military SF. H.G. Wells wrote two stories of note, one of them The Land Ironclads you may not have heard of, but the second, The War of the The Worlds, I suspect that you have. At least if you have been reading the blog! 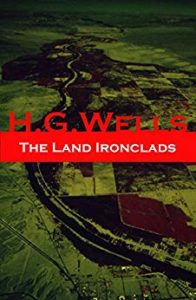 These are not jingoistic pro-war works, but thoughtful stories about war and society and the people living through them. In particular these are themes that often arise in Military SF, including in works of today.

One of the most (some say the most) important and certainly highly controversial pre-Vietnam era Military SF novel is Robert Heinlein’s Starship Troopers. I suspect many people misunderstand the novel, but those who have read it either love it or think poorly of Heinlein’s politics. Regardless, Starship Troopers sets a tone that will transcend many years and generations of writers, with more than a few taking a stab at writing spiritual successors. For example, Old Man’s War by John Sclazi would be considered one of these as would John Steakley’s Armor. 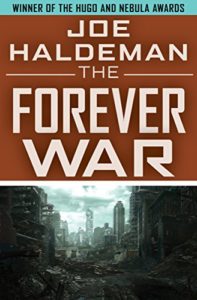 After Vietnam the sub-genre changed. Authors who had been through the horrors of the Vietnam War were writing stories that looked at war in general a little differently. Some great examples of this are Joe Haldeman’s The Forever War and David Drake’s Hammer’s Slammer series. Of course Vietnam influenced more than just Military SF and more than a few veterans (including Robert Jordan) wrote fantasy literature as well. 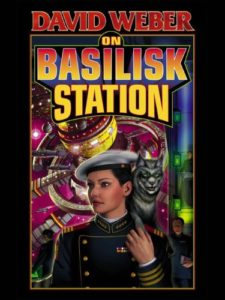 Military SF touches all the various sub-genres of mainstream SF, including Space Opera. Several of these series are very popular with readers. David Weber’s Honor Harrington tells the tale of a Royal Manticore captain, Honor Harrington, as she navigates battles both physical and political.  This has spawned a huge fandom dedicated to the series. Lois McMaster Bujold’s Vorkosigan Saga is also very popular and follows the exploits of Mile Vorkosigan and his relations.  Of course there are many other series that appeal to those who enjoy a good Space Opera.

We encourage you to seek out some Military SF that suits your taste and share it with others. There is something out there for everyone.